It’s so easy, it cost us 70 euro for the ENTIRE day, we could drive it ourselves and they threw in a free cooler box.  Legend. The company we went through was called Skipper, and they are located in a highly decorated Campervan right by the Port.  You won’t miss it and neither will you miss the owner’s great marketing language, telling you the reason they are #1 on trip advisor is because they combine their heads and their hearts in their business tactics.  Fair enough.

It was such an easy process, and within an hour of leaving our cabin, we were packing our cooler box, towels and packed lunch into our very own rib and heading out into the aquamarine waters wrapping along the coast.  As I have mentioned before the coast is dramatic and the drama is added to by the number of visible caves you can see from just offshore.  So many to explore.  And even more beaches.  The reason these beaches are so great is that they CANNOT be reached by car.  There are no roads going to any of the beaches after Cala Fuili.  You can hike to the next one along, Cala Luna, but otherwise it is best to hire a boat and head out exploring for the day.

Dan and I have always been sun chasers, lucky enough to meet up with each other in a number of different beaches all over the world.  And so when we were told Cala Goloritze was the best beach, we asked Captain Bryce to head there first.   It was the furthest beach down the coast.  The idea- once we got there and spoiled our eyes, we could meander back along the coast.  The problem with that was that we wanted to stop EVERYWHERE, all the time.  The water looked magical- like someone had set lights up underneath its surface.  It really was luminous in some places.  One section was so lit up, that we couldn’t resist, the sun was lighting it up just perfectly and not another sole was on the beach, so Bryce maneuvered the rib effortlessly into the bay and we anchored just off the beach.  There were limestone cliffs meeting the water’s edge and so the milkiness of the limestone highlighted the blue of the water, I mean just look at this:

We had caught the sun at just the right angle, after our swim and a quick explore, we pulled away from our anchorage and the sun dipped behind the cliff, leaving the water half as marvelous as it was moments before. Grateful!

Unfortunately, we had caught the sun dipping behind that same cliff all the way up the coast, leaving our final destination, Cala Goloritze mostly in the shadows.  We appreciated it from afar and then backtracked a bit and pulled up onto another, equally magical, crystal-blue watered beach.  Bryce drove the boat’s nose right onto shore, we dropped off our picnic set up and he went back to the anchorage spot.

With a delicious selection of local cheeses, olives, breads and dips, we ate ourselves into a food coma, enjoying the late afternoon sun and quiet.  The beaches were unspoiled due to the lack of access.  The sand was more like little ground up stones than the soft stuff we know at home.  But white, white and in massive contrast to the water. 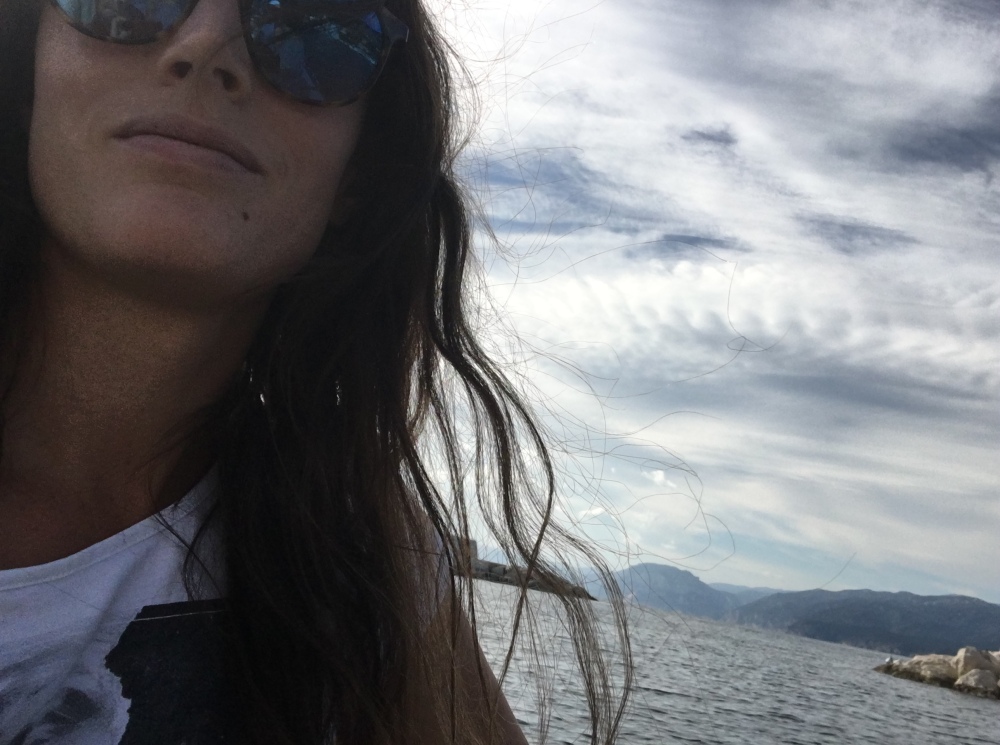 Feeling sun kissed and spoilt, our time was coming to an end, we wanted to stop at one more beach, Cala Luna, which had some beautiful caves that needed to be explored.  It was so beautiful.  Really, all the cliches and all the tourist books couldn’t have enough words to describe where we were.

That comfort of being surrounded by a piece of home, the warmth of Dan knowing me better than most and the excitement of all the beauty we had seen in the last three days, was the perfect weekend package. As the sun started to set and we had our last cup of orange juice, both of us agreed that there was so much more to see here.  We had to come back.  And next time in our own Campervan! 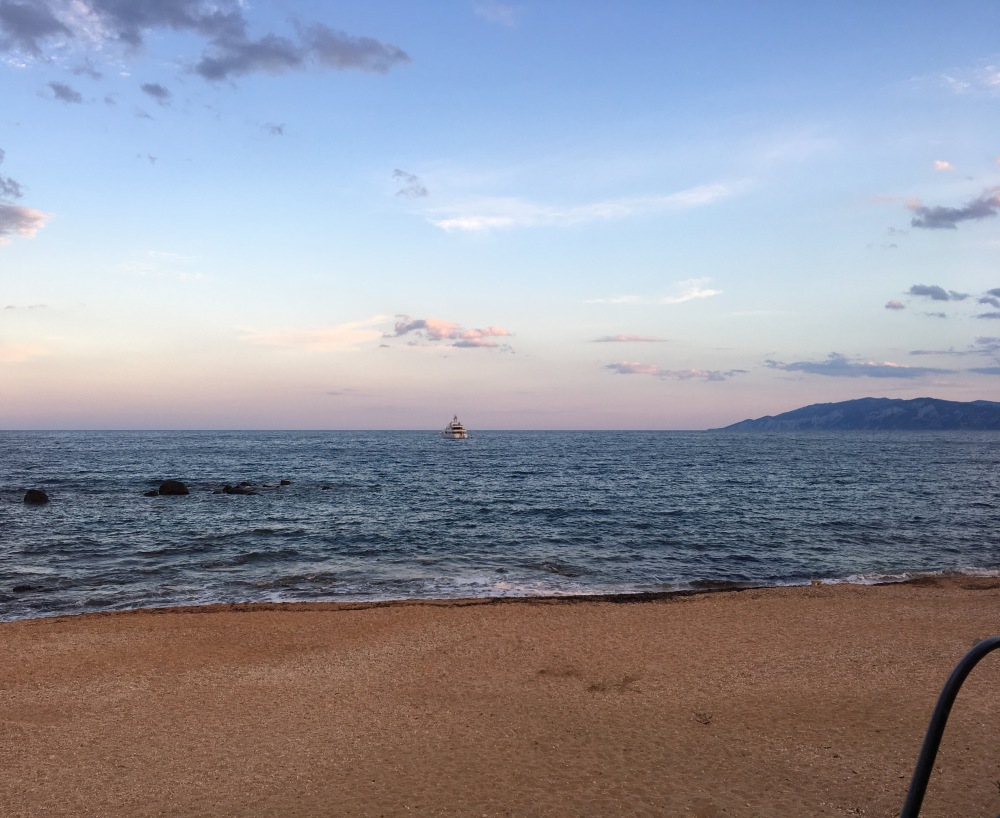 Not only did we need to come back, but we had to explore more of Sardinia, Porto Cervo is only a small part….there is plenty more to see!